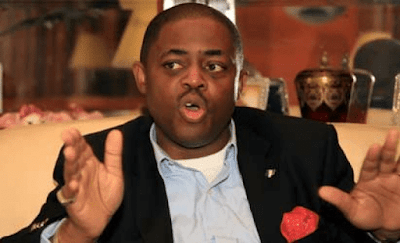 As part of his tour, Femi Fani-Kayode, a former Aviation Minister, has met with the Ekiti State Governor, Kayode Fayemi.

The former minister, who disclosed this via his Facebook, on Monday said issues concerning the Southwest and Nigeria in general were discussed.

Fayemi, who is the Chairman of Nigerian Governors Forum, NGF, is a member of the All Progressives Congresses, APC, while Fani-Kayode is a chieftain of the Peoples Democratic Party, PDP.

However, Fani-Kayode in his post wrote: “As part of my tour of the Southern states, I have spent the last 4 days in Ado Ekiti with my friend and brother Governor, Kayode Fayemi, Governor of Ekiti State and Chairman of the Nigerian Governors Forum.

“We have been discussing crucial national issues and matters concerning the South-Western zone, and we have also been building bridges across party lines, exchanging ideas and charting the way forward for our great nation.

“Kayode Fayemi has been my friend and brother for over 30 years, and he is the quintessential gentleman. Apart from the fact that he is a formidable intellectual, he is also cool, calm, extremely discerning and insightful.

“He is by far one of the best educated, most experienced and most enlightened leaders in the country and even though we belong to different political parties, I have immense respect and affection for him.”

Fani-Kayode had lately toured some states of the federation while inspecting projects.