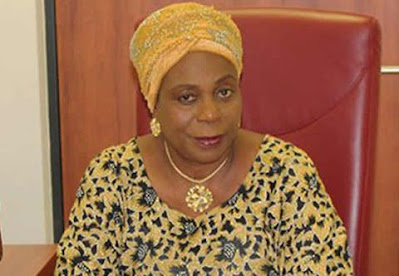 The senator representing Ekiti North in the National Assembly, Biodun Olujimi, has said the Peoples Democratic Party stood the risk of losing the Ekiti State governorship election in 2022 if its leaders fail to unify the party.

Olujimi also said only justice and fairness could engender the kind of unity required to resolve outstanding issues and position the party for victory.

The federal lawmaker said this during a meeting of PDP leaders in Ekiti North, at her Omuo Ekiti home town on Saturday.

The leadership crisis in Ekiti PDP, which had pitched the camp of former governor Ayodele Fayose against that of Olujimi, got to a head a fortnight ago with the emergence of parallel executive committees at the ward, local government and state levels.

Olujimi said, “We are where we are today as a result of the dictatorial nature and selfish interest of one man who sees himself as the alpha and omega of the party. But the vast majority of party members across the 16 local government areas of Ekiti are ready to change the order and give everyone a sense of belonging in the management of the party.