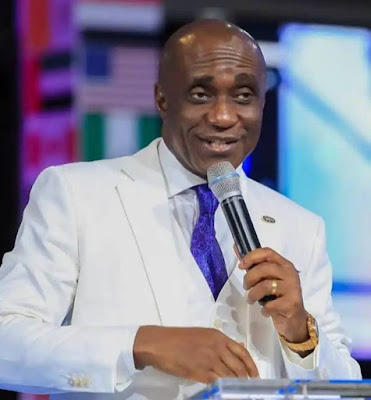 We have to face up to the truth; the truth about Christian fundamentalism. The church today has been sculpted in the image of extremists and demagogues – men who arrogate to themselves the power of life and death. They pronounce perdition on those who step on their testy ego and deploy the bloodhounds of hell against those who differ with them.

These men are the people Jesus the Christ dismissed as “brood of vipers”. They have taken the word of God and revised it to fit into their foibles and weaknesses. They make themselves god and instruct their followers by a mundane canon. They make God in their own image. It is either their way or the thoroughfare to hell.

Really, we have a “Boko Haram problem” in the church. Love, grace, temperance, and compassion have taken leave of the synagogue. Some Christians, if given the latitude, will fight and kill for their pastors. They lost the logic of the gospel and have become mammonised by mammon-seeking pastors. They defend man but not God.

Pastor David Ibiyeomie of Salvation Ministries, by his unrighteous paroxysm of attacks on Ifedayo Olarinde, better known as Daddy Freeze, has taken the chief table among the Pharisees Jesus condemned.  He let off a volley of abominable invective against Daddy Freeze because the broadcaster differed with Bishop David Oyedepo. Ibiyeomie said Daddy Freeze insulted his “father” – Oyedepo – so, he would “kill and tear” him.

Obviously, this is Beelzebub speaking, not God.

Ibiyeomie’s words: “Insult me; I won’t comment, but insult Oyedepo …that bastard…. any day I hear you talk about him… Do they know his (Freeze’s) father? Does Daddy Freeze have a father? Who’s his father?”

“That half-caste who is born by a Somalian? The day I hear him insult Oyedepo, I’ll deal with him. Oyedepo may not talk, but I can’t be alive and you’d insult my father. I can’t take it. I’ll tear you to pieces, bastard. People who have fathers don’t insult fathers. He’s insulting him because he has no father. Does he (Freeze) look like a Nigerian? Somebody they gave birth to on the ship.

“I curse the day he was born. Tell him. This should be the last time he’d talk about Oyedepo. A man who is not married; he has no wife. He can’t take care of his home but he’s coming to talk on TV. If he has one, let him show us his father. Somebody that is a broadcaster, does he have a good job? I will never be alive to see someone insult my father. You’re not born! I’ll kill, arrest him.”

What could be more ghastly from an aperture that supposedly preaches the Bible and praises God, and from the altar of God? How is he different from those seeking the death of a singer in Kano for simply making music they put a slant on?

Here is what Jesus the Christ has to say to Ibiyeomie in Matthew 23: ‘’They (Ibiyeomie and his ilk) pile heavy burdens on people’s shoulders and won’t lift a finger to help. Everything they do is just to show off in front of others. They even make a big show of wearing Scripture verses on their foreheads and arms, and they wear big tassels for everyone to see. They love the best seats at banquets and the front seats in the meeting places. And when they are in the market, they like to have people greet them as their teachers.

‘’But none of you should be called a teacher. You have only one teacher, and all of you are like brothers and sisters. Don’t call anyone on earth your father. All of you have the same Father in heaven. None of you should be called the leader. The Messiah is your only leader. Whoever is the greatest should be the servant of the others. If you put yourself above others, you will be put down. But if you humble yourself, you will be honoured.”

Really, by this singular egregious act, Ibiyeomie has failed in his calling as a preacher of the gospel. But there is room for repentance in Christianity. As someone who once trained as a pastor myself, I suggest that Ibiyeomie publicly apologise to Daddy Freeze, put on sack-cloth and retreat into fasting and praying seeking the face of God. The Lord is merciful; He will blot out his unrighteousness.