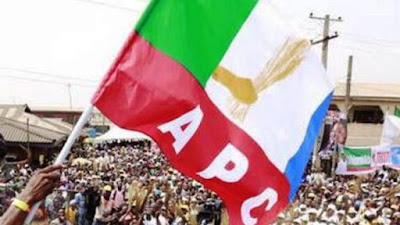 The party said he is seeking to achieve this through the Zenith Labour Party (ZLP).

Mimiko, a former Secretary to Ondo Government and ex-Minister for Housing and Urban Development, is ZLP National Leader.

The party is one of the political parties contesting the October 10 governorship election.

Its flagbearer is Agboola Ajayi, the current Deputy Governor.

A statement by APC Publicity Secretary, Yekini Nabena, said the entire governorship campaign of the ZLP was centred on Mimiko.

The party said Mimiko deludes himself that Ondo people have forgotten how they were subjected to his alleged arbitrary, tyrannical and dictatorial actions when he governed.

APC accused him of factionalizing the Peoples Democratic Party (PDP) when he was a member.

The ruling platform claimed that under the Mimiko administration, projects were disproportionately distributed only based on political servitude, not priority needs of the state.

“Little wonder, many of Mimiko’s associates have ditched him and are now frontline leaders of the APC, in firm support of our candidate, incumbent Governor, Rotimi Akeredolu. The ZLP’s governorship candidate has nothing to campaign on after junketing political parties to purchase their governorship ticket to contest.

“For us in the APC, the good governance credentials of our candidate, incumbent Governor, Rotimi Akeredolu is visible to all, particularly in the area of infrastructure, agriculture, human capital development, industry, entrepreneurship, among others. This is the focus of our well-received campaigns”, Nabena added.