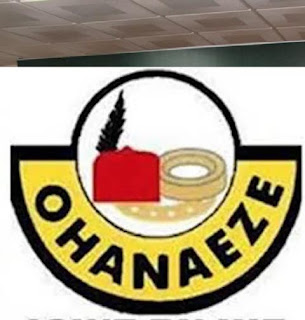 Ohanaeze Ndigbo and another Igbo elite group led by Prof. Uzodinma Nwala, Alaigbo Development Foundation, ADF, have dismissed the claim by the ruling All Progressive Congress, APC, that President Muhammadu Buhari has commenced restructuring with financial autonomy to Local Governments and the implementation of the N30, 000 minimum wage, saying that restructuring is far more than that.

According to Ohanaeze Ndigbo, it is either the APC are naive and don’t know the basic principles of restructuring or is being out rightly mischievous and deliberately insulting the proponents of restructuring.

Ohanaeze Ndigbo made it clear to the ruling party that is restructuring an idea whose time has come and that there is no stopping it.

ADF, on its own reminded APC that restructuring is more fundamental than that, saying ADF believes in the reconstitution of the federation in such a way that there would be Regional autonomy.

The President General of Ohanaeze Ndigb, Chief Nnia Nwodo who spoke through his Special Adviser on Media and Publicity, Chief Emeka Attamah said that granting the local governments financial autonomy does not translate to states or geopolitical zones being in control of their natural resources.

“It is either the people saying that are naive and don’t know the basic principles of restructuring or being out rightly mischievous in which case they are  being deliberately insulting to the proponents of restructuring. Such people don’t wish the country well.

“What such people don’t know is that for an idea whose time has come, there is no stopping it. No one part of the country can hold others on perpetual bondage. Something must give, and sooner than some people expect it”, the apex Igbo body said.

Speaking through its spokesman, Hon. Abi Onyike, ADF said that “restructuring Nigeria is more fundamental than that. We in ADF believe in the reconstitution of the federation in such a way that there would be Regional autonomy.

“The federating units or Ethnic Nationalities making up Nigeria should be autonomous and have capacity to assert their rights to self–determination.

“Even the so-called autonomy granted to Local Governments is merely on paper. The Emperor Governors have sabotaged the effort. They still plunder the Councils’ resources with impunity”, ADF stated.