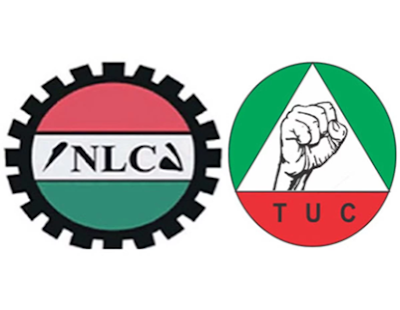 The Nigeria Labour Congress, NLC, has come under attack for suspending planned nationwide strike over the increase in petrol and electricity tariff.

NLC and TUC agreed to suspend the strike on Monday morning after meeting with the federal government.

The new agreement, according to the Minister of Labour and Employment (State) Festus Keyamo involves the suspension of the new electricity tariff hike for two weeks.

The agreement has stirred reactions and criticisms from Nigerians on social media, who accused the NLC leaders of not being in support of the masses.

Some accused the labour Union leaders of being bribed, adding that suspension of electricity tariff was just one demand out of many concerns raised by Nigerians.

@Super_Spotter “Labour suspends strike after reaching an agreement with FG overnight! No surprises. My own is, of all the demands, FG only suspended the increase in electricity tariffs for 2 weeks. Nothing said about petrol. NLC didn’t even talk about the prolonged AsUU strike! We’re not ready.”

@Premadonnaviv “Two weeks reversal of electricity tariff hike isn’t enough to suspend the strike. We all know that the ‘palliatives’ the FG is offering is bullshit.What about fuel price? Most areas don’t even have stable electricity, we almost always rely on fuel for everything.”

@MFarees “Federal Government orders the halt in the electricity hike so that labour would suspend the strike, but ASUU has been on strike for almost 6 months now, and the FG ain’t saying nothing about it, because education is not their business, only Labour strike could affect them.”

@AdekolaDammy “NLC and TUC and those that went into that agreement to suspend the strike are enemies of the masses. Is the strike only about electricity tariff? We will surely by fuel for N200/litreWhy deregulate when refineries are not working? No wonder, we never believed in Labour.”

@AliyuAbumalik1 “The toothless Nigeria Labour Congress have decided to suspend the strike after striking a deceitful and insalubrious agreement with the Nigerian Government. And this is the beginning of the end for the masses in Nigeria.”

@SimplyOmoniyi “U have said it several times, we don’t have labour union anymore. This is tge worst set of labour leaders we have. They are only interested in cashing out and clout chasing. Paschal Bafyau and Adams Oshiomole remain the best labour leaders this country even had. What a pity.”

@Iamkaypable “Are we striking because of the hike or we are striking because we are tired of everything wrong with this administration?We have insecurity, injustice, the police reform bill, the kalokalo and tinini-tanana economy modules.Labour is a shame in this country!”

@Hizzo9 “The current Labour chairman na Big Fool, I’ve always known. He’s also a tool for this government, How can you claim to be on the side of the masses and suspend the strike because 2 weeks mumu cruise. I give up abeg.”

@Tolu_ene “Something has happened behind the curtains, either NLC was threatened, or they were bribed!”

@Michael997 “Organized labour has just failed woefully. Nothing tangible was agreed, and why was the government Representatives not led by the president? @WabbaAyuba you have played and rubbished again by this insincere government or has something changed hands? I’m just asking sha.”