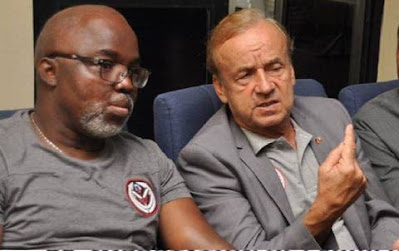 Due to postponements caused by the coronavirus pandemic, Nigeria last played in November 2019, a 2021 Africa Cup of Nations qualifying match against Lesotho in Maseru, which they won 4-2.

They are scheduled to also take on Sierra Leone in two qualifying matches for the 2021 Cup of Nations in November.

The matches were to have been played in March, but were rescheduled due to the virus.

Nigeria lead their qualifying group for the continental tournament, which will now be played in 2022 in Cameroon, with six points from two matches.

Benin, Lesotho and Sierra Leone are the other teams in this group with the top two teams advancing to the tournament finals.