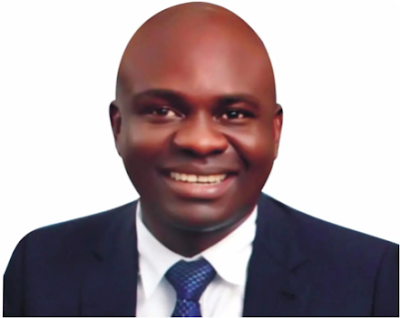 In an interview with journalists in Abuja, he said the story of oil producing communities in Niger Delta region is a sad one, given that the 13 percent derivation which is the fund set aside to assist oil-producing communities tackle infrastructural decay and degradation, is diverted.

He said over N10 trillion accrued to the Niger Delta region through 13% derivation in 18 years, but that regrettably, infrastructure was still waiting for attention in the region.

“What it means basically is that in sharing the federation account revenue, 13 percent should be set aside to assist the development of these oil-producing communities. About two decades down the line what is there to show for the humongous monies that have come in?

“The Governors, past and present, view it as free monies. Between 2000 and 2018, over N10trillion from the 13 per cent derivation principle have been shared to the Niger Delta Governors, on behalf of the oil producing communities, yet the deplorable living conditions of the people from these oil-producing communities have remained nauseating and deplorable with the people battling and still reeking with the worst and highest form of poverty,” he said.

Dagogo said his community, which is among the oil producing communities in Rivers, has been lobbying for construction of Trans-Kalabari ring road in order to connect other riverine communities and uplands without success.

“If you are very versed with the Niger Delta region or with Rivers State, you understand the economic value that comes with this road,” he noted.

He berated politicians using the road as campaign promises in a fashionable manner only to renege on their promises after getting into office, revealing that construction of the road costs less than N30 billion.

“Unfortunately, the Governors are rather more interested in superfluous and white elephant projects that could be used to embezzle funds.

“Conduct an investigation to these areas, these oil producing communities, and you will weep when you gauge their abject living conditions with what had been allocated for them,” he added.

Given a run down, the legislator said State governors of the region have received over N602.37 billion as 13% derivation fund from the Federal government between January, 2017 and April, 2018.

He argued that the resources would have impacted positively on the lives of the people if a fraction of these monies were channelled towards the development of these communities.

The lawmaker wondered why the Federal government which releases these monies became silent all these years, stressing that it ought to ask questions and raise issues as to how governors of Niger Delta States were spending money without direct bearing on the lives of the people.

He stated further: “Why are the IOCs allowed to do their costing in dollars with appalling disregard for the currency of the country they operate in, especially when the 13 percent are derived through them?

“How could the people from these communities be left in such sorry state and the Federal Government is not doing anything about it, especially as the Governors, who receive these fund on behalf of them, have been indifferent to their plight and have established a line that they would rather fill their pockets with the funds and continue to live large than commit such to the development of the communities.

“Their explanations could only be imagined as it would only amount to looking for a needle in a haystack, it will not produce anything concrete.

“However, I strongly believe it is never too late to correct the wrongs of the past. I have a positive conviction that this set of governors will be on the right side of history and do justice to the revenues they are getting on behalf of the oil producing communities,” he further stated.