My cartoon on Hanan Buhari’s wedding meant no harm -Caroonist 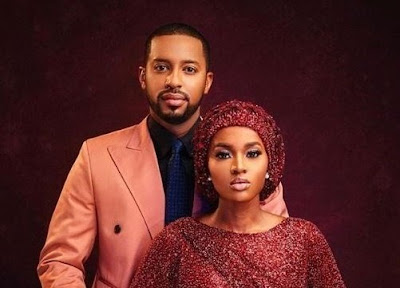 Mustapha Bulama, a cartoonist with Daily Trust newspaper, says his recent artwork on the wedding of Hanan, one of the daughters of President Muhammadu Buhari, meant no harm for the family.

Bulama made the headlines recently when he drew a cartoon wherein Aisha Buhari could be seen flaunting pictures from Hanan’s wedding while Nigerians struggle to escape being drowned in a river.

He also captioned the first lady as saying “at least you can enjoy the pictures.”

Aliyu Abdullahi, spokesman to the first lady, had condemned the drawing, describing it as “very unfair” to the president’s family considering the fact that the wedding was held without fanfare.

But in an interview with BBC, Bulama said his cartoon only attempts to mirror the situation of things in the country when the president’s daughter tied the knot with her lover.

“I mean no harm for the marriage of Hanan Buhari. I was only doing my work. In the cartoon, l was just trying to show the experience of Nigerians currently,” he said.

The cartoonist said since the artwork went viral, he has been abused by some people on social media while others have commended and prayed for him too.

He, however, expressed his excitement at the reactions that greeted the artwork, noting that such were indicative of the fact that prominent figures in the country are following his works.

“This is the first time I will get reaction from such high place to my work. It shows that those in power actually see and listen to us. I hope we continue to inspire them to make life easier for the people,” he added.