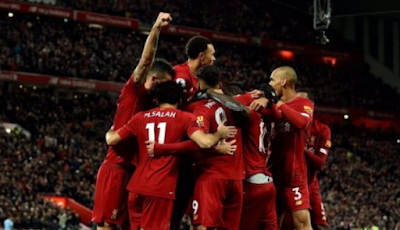 Players from Liverpool and Manchester City have been announced as the six nominees for the English Premier League’s Players Football Association (PFA) player of the year award for the 2019/20 season.

The 6-man shortlist, which was released on Friday, had four representatives from Liverpool and two from Manchester City.

Both van Dijk and Alexander-Arnold played in all 38 league games in defence wherein the latter contributed 13 assists in the course of the season. Henderson was a leader in midfield while Mane scored 22 goals in all competitions.

“The Liverpool quartet have been rewarded for the roles they played in the club’s first title success in 30 years, finishing 18 points clear of second-placed City,” the PFA said.

The winners will be announced on Tuesday.

Men’s player of the year

Women’s player of the year