Like Edo, your votes will count, INEC assures Ondo residents 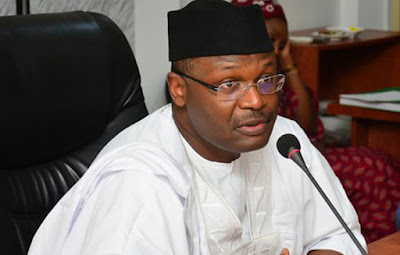 The Independent National Electoral Commission (INEC) has assured residents of Ondo of a free and fair election as the state prepares for the governorship poll scheduled for October 10, 2020.

Mahmood Yakubu, chairman of INEC, said this in Akure, the Ondo capital, while on a three-day working visit to the state to assess the level of preparedness of the commission for the election.

The INEC chairman said efforts were in top gear to replicate the same measure of preparations deployed in the conduct of the Edo election.

He added that the damage caused by the fire in its Ondo office will not affect the election.

“We have already recovered. Unfortunately, we lost 5,000 smart card readers, but we recovered by getting the prerequisite number of card readers from neighbouring Oyo State, and they have been delivered,” he said.

“They have arrived, been charged and configured and ready for election on October 10 in Ondo state. Importantly, we will use the Z-pads to upload results on election day real-time, and we have moved those Z-pads from Edo to Ondo state for the election.

“So, the same preparations that we made for Edo, we have also made for Ondo.”

He said a stakeholders meeting would hold next Monday, while the signing of the peace accord involving political parties and their candidates will take place on Tuesday.

Rufus Akeju, INEC residential electoral commissioner in Ondo state, in his address, said the commission is making concerted efforts towards ensuring the conduct of a credible election.

“This is our firm resolve in a bid to consolidate democracy in the country. As the head of the commission in Edo state, I assure you of the professional efficiency, integrity and preparedness of the proper staff on ground to conduct this election,” Akeju said.

“We would be guided by the ethics, integrity, professionalism and impartiality in the conduct of the election. You can take my word for that.”

NigerianEye recalls that INEC’s office in Ondo was gutted by fire on September 10, 2020, and a container laden with smart card readers was affected — over 5,000 card readers were burnt.