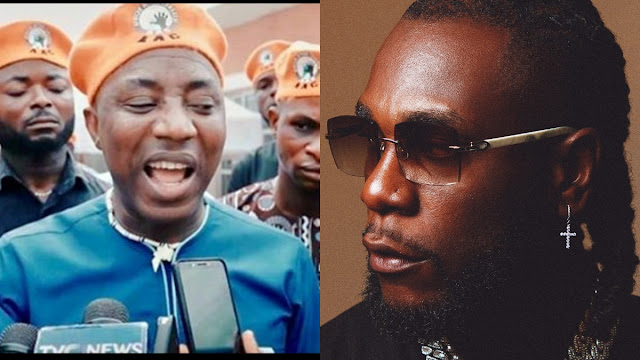 Burna Boy has turned down an invitation by convener of the RevolutionNow protest, Omoyele Sowore, to join the march planned for 1 October.

He also said even the foreign media celebrate and compare him to Fela, but he is yet to lead any protest.


Hello @burnaboy, everywhere I turn people describe you as a revolutionary musician, the foreign media even celebrate you compare you to Fela Kuti, but I am yet to see you lead anyone to a police station carrying a coffin for head of state! Join #Oct1stProtest #RevolutionNow pic.twitter.com/LOYfQfRCyc
— Omoyele Sowore (@YeleSowore) September 29, 2020

He said everyone was a Fela supporter but now he is dead.

The African Giant also stated that all Nigerian politicians are the same and he trusts none of them including Sowore.

Everybody is a Fela fan and supporter now that he is dead. Humans are so Funny, You politicians are ALL the same (especially in Nigeria) and Frankly I don’t trust none of you.@YeleSowore.
— Burna Boy (@burnaboy) September 29, 2020


A few days to the launch, security agents arrested Sowore on 3 August.

He had tweeted a day before that : “All that is needed for a #Revolution is for the oppressed to choose a date they desire for liberty, not subjected to the approval of the oppressor,”