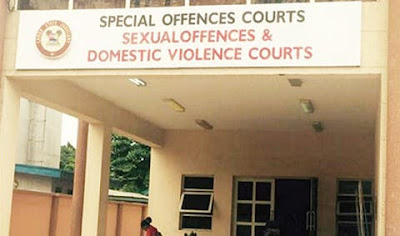 The Lagos State Special Offences Court in Ikeja, on Monday, sentenced one Imole Oluwasegun to six months’ imprisonment for being involved in an Internet scam.

It was gathered that Oluwasegun was arrested following intelligence received by the Economic and Financial Crimes Commission about the activities of some young boys in the Ikorodu area of the state, who were living flamboyantly without any known means of livelihood

According to the anti-graft agency, investigation revealed that Oluwasegun was involved in a love scam and used fake identities to defraud unsuspecting members of the public.

Oluwasegun was arraigned before Justice Oluwatoyin Dada on three counts bordering on possession of fraudulent documents containing false pretences, use of fake documents and impersonation.

He pleaded guilty to the charges.

Following the plea of the defendant, the prosecution counsel, Joy Amahian and Okezie Chineye, reviewed the facts of the matter and urged the court to convict him accordingly.