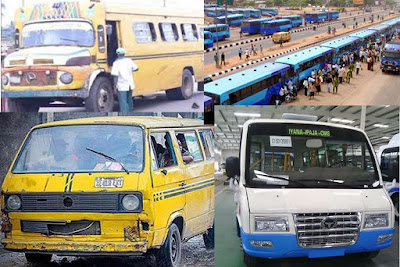 Oladeinde made the disclosure during an oversight visit by the Lagos State House of Assembly Committee on Transportation, led by Mr Temitope Adewale (Ifako-Ijaiye I), on Wednesday in Lagos.

“Gov. Babajide Sanwo-Olu has approved plans to partner with private investors for the initial acquisition of the 2000 units buses.

“The state shall provide counterpart funding of 40 per cent while the supplier will inject 60 per cent equity for the acquisition of the buses.

“The private operator shall be required to make 20 per cent down payment to be eligible to come under the bus finance scheme.

“The state has engaged two companies to provide 1000 buses each, to be used for the First and the Last Mile Bus Schemes.

The commissioner explained that this would further reduce traffic congestion at key major gridlock points in the state, with corresponding reduction in travel time.

He said the move was a giant stride to enhance integration between different mode of transportation making it seamless to travel.

According to him, the state government is promoting a transport system with significantly less adverse impact on the environment.

Oladeinde noted that in order to ensure proper bus tracking under the BRT, an intelligent transport system had been implemented.

He said: “Two control centres have been set up at the Ikeja Bus Terminal and at the LBSL Oshodi Terminal.

“LAMATA control centre is being upscaled to accommodate the monitoring of the BRT busses, so we are starting the pilot of our Common Ticketing System by next month October.

“We have also engaged all stakeholders on the value chain of the e-ticketing system,” he said.

The commissioner said the Lagos State Cowry Travel Card System would be adopted to improve the fare collection strategy in the state.

He explained that a validator would be provided on every bus while a central switching company had been engaged to carry out the reconciliation and settlement of the fare.

The commissioner added that a distance based fare matrix system had also been developed to determine the fare of passengers on each trip.

The commissioner noted that the Blue and the Red rail lines project had remained the flagship of the governor’s administration.

He explained that the first phase, which was the Marina to Mile 2, was expected to commence passenger operations by the second quarter of 2022.

Oladeinde said the contract for the red line rail project had been signed and planned to commence operations in the second quarter of the 2022.

He said the red line would share track with the standard gauge system of the Lagos Ibadan rail modernisation project of the federal government.

He noted that the track sharing agreement with the Federal Government was signed in March 2020.

Responding, Adewale said the transportation ministry was one of the tough ministries because it had infrastructural decay during the past administration.

He said: “From the beginning of the past administration, the people of the state were asking what was the state doing as regards the gridlock in the state.

“This prompted me to move a motion in the floor of the house as regards the transport situation in the state.

“But today, we are here to perform our oversight function to know how far you had gone, the challenges you faced, how well you had utilised the budget in spite of the COVID-19 pandemic.”

The lawmaker said he was extremely impressed with the performance of the commissioner, adding that if he continued, the state would be able to achieve the transport system.

Adewale said the amendment of the Transport Law had passed second reading in the House and waiting for public hearing soon.

He said the enforcement officers should also be well taken care of, in terms of welfare packages, beyond the uniforms but their health insurance must be improved.

According to him, once we have all these in place, we won’t have them taking bribes or they are not generating revenues that are supposed to be accrued to the state.

He said the regulation of the National Union of Road Transport Workers (NURTW) must be looked into with immediate effect.

Adewale said their excesses should be checked so the effort of the ministry would not be destabilised by the union.