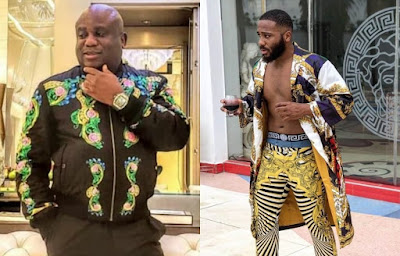 Terry Waya, a Nigerian billionaire and father of Kiddwaya, ex-BBNaija housemate, says he was the one who discovered Banana Island, an artificial island situated in Lagos state.

Waya brought the revelation to light in an interview with BBC on Wednesday.

He said he got wind of the project when he visited the office of Abdulkarim Adisa, a general and ex-minister for works then, who was his friend.

The billionaire business man from Benue state disclosed that during his exchange with Adisa, he discovered the government was looking for a partner with whom it would develop the project with before selling it out.

The 55-year-old said he had indicated interest and requested if the project could be awarded to him which was granted.

Waya explained that after he was awarded the project, he brought in Chagoury Group, a multinational company, to execute the contract.

“One day, I visited one of my closest friends called General Adisa who was the minister of works at the time. I then, saw a big poster behind him with the words Banana Island. I asked him about it and he said that they were looking for a partner to do the work and then sell the land together.

The billionaire added that he had inspired several of such projects in the country, which remain unknown to the public.

Waya made the headlines during Kiddwaya’s stints at the ‘Lockdown’ house for calling out those who felt his son should not have featured in the reality TV show given his rich background.

His son, Kiddwaya was evicted from show alongside Prince after they garnered the lowest votes for the week.