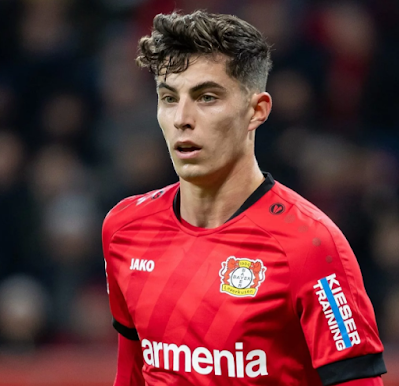 Kai Havertz is now a Chelsea player after the Premier League side agreed on a deal with Bayer Leverkusen.

Sky Germany reports the negotiations were concluded on Wednesday.

The two clubs agreed on a package of €80m plus €20m in add-ons for Havertz.

Chelsea and Leverkusen have been in talks for several weeks over the Germany international and the Blues have now struck a deal which makes the 21-year-old the most expensive player in British football.

Havertz, who is keen to join the club as soon as possible, will, however, remain with the German squad for their UEFA Nations League fixtures against Spain and Switzerland.

Chelsea’s previous club-record deal was the signing of Kepa Arrizabalaga from Athletic Bilbao for £71.6m in 2018.