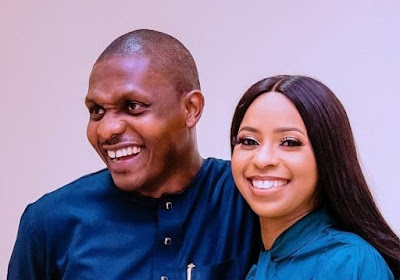 Oludamilola, a daughter of Vice-President Yemi Osinbajo, has welcomed the arrival of her first child with Oluseun Bakare, her husband, whom she married two years ago.

Osinbajo broke the good news via his Twitter handle on Monday, describing himself as a grandfather.

“All glory to GOD! I am now a granddad! My daughter, Oludamilola, and her husband Oluseun became parents to a wonderful baby boy this morning!,” the VP wrote.

Oludamilola’s husband is a son to Bola Shagaya, a fashion enthusiast and businesswoman, who is married to Alhaji Shagaya, a Kwara-based transportation mogul.

All glory to GOD!
I am now a grand dad! My daughter, Oludamilola and her husband Oluseun became parents to a wonderful baby boy this morning!
~YO pic.twitter.com/w7jcRRteQW

The couple’s traditional wedding took place in March 2018 at the presidential villa in Abuja in a low-key ceremony that sparked fierce criticism.

“Left to the VP and his wife, it would have been the smallest and simplest of ceremonies, taking place in their backyard,” an insider told TheCable at the time.

“Nonetheless the VP seems to be swimming against a strong tide. For instance, the VP’s position compels him to inform and invite dignitaries, many of who will cry blue murder if left out.”

The development comes days after Faith Edward, the daughter of former President Goodluck Jonathan, similarly welcomed a child with Godswill Edward, her husband.