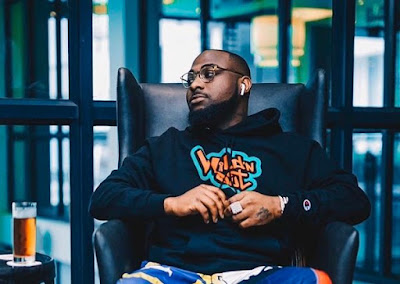 Davido, a multiple-award winner, has tackled a Twitter user over comparison with Wizkid, a fellow music star, in a series of rants on the micro-blogging platform.

It all started on Sunday when the Twitter user — with the name Seyifunmi — took a swipe at the ‘OBO’ crooner over ‘FEM’, his recently released single.

The user had claimed that the song, which became an instant sensation on social media shortly after its release, was not worth the attention.

“When the hype is down, we’ll talk about how Davido pulled the biggest heist on YouTube with ‘FEM’,” he wrote.

In his response, Davido lashed out at Seyifunmi, boasting that he is bigger than the user’s favourite artiste.

“Just accept I’m bigger than your fave,” the singer reacted.

Seyifunmi would then inform the 27-year-old entertainer that his favourite artiste was Wizkid.

In a follow-up exchange, the ‘Assurance’ singer hit back at the user, insisting that he maintained his earlier stance.

“Calm down why u shouting … I said what I said b*itch,” he replied.

Calm down why u shouting ... I SAID WHAT I SAID BITCH https://t.co/3bc8JLxsj5

In another post, the singer also warned that he would not tolerate “slander” against his personality amid the social media exchange.

“No Davido slander will ever be tolerated …. FEM,” he wrote.

No Davido slander will ever be tolerated .... FEM

Davido and Wizkid are arguably the biggest names in the Nigerian music industry with strings of awards and international strides.

In May, the ‘Risky’ singer had claimed that he and Wizkid are the two greatest Nigerian musicians of all time.