Gov. Tambuwal denies killing of man by his security 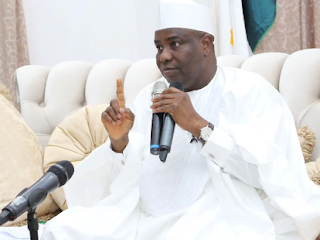 Governor Aminu Tambuwal of Sokoto State has denied claims that a policeman attached to his convoy shot dead one Abdulrahman Aminu after the Nigeria at 60 special Jumu’at prayers in Sokoto State.

Tambuwal described the incident which claimed the life of Aminu of Galadanci quarters in Sokoto metropolis and resulted in three other persons sustaining injuries as “unfortunate, inhuman and condemnable.”

A statement signed by Tambuwal’s spokesperson, Muhammad Bello and made available to the News Agency of Nigeria (NAN) on Sunday said he alongside the state Commissioner of Police, Mr Ibrahim Ka’oje, had condoled the family of the victim of the Friday-shooting which occurred at Sultan Bello mosque in the state capital.

Tambuwal assured the family of the deceased that the state government would leave no stone unturned in ensuring that the perpetrator is brought to book as the matter was being investigated by the state Police Command.

According to him, so far the state Police Commissioner had briefed him that the suspect, Sergeant Bello is in protective custody pending the outcome of a broader investigation.

He added that the state government would not leave the police alone in the investigation, adding that all relevant security agents would also be involved.

Tambuwal maintained that anybody found wanting would face the full wrath of the law.