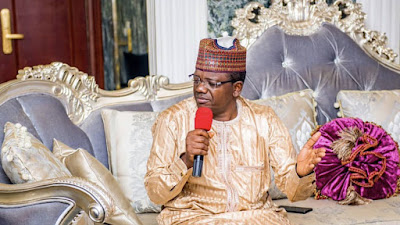 Zamfara State Governor, Hon Bello mohammed Matawalle has sent a red flag to members of the opposition party in the State, warning that their utterances would send them to prison.

He stated this while welcoming APC chieftains who decamped to the ruling PDP in the States.

The Governor said he would arrest and prosecute any politician who defamed or assassinated his character.

“If the members of the opposition cannot defend what they say, that amounts to defamation of character.

“I, therefore, advise them to stop defaming other people’s character because I will order the arrest of whoever is caught doing that and he will go to jail,” he warned.

The Governor explained that some politicians had resorted to the use of hate speeches and defamation of character for political gains because they had since lost their political relevance.

Matawalle warned such politicians to keep off from the State government’s affairs or face the full wrath of the law.