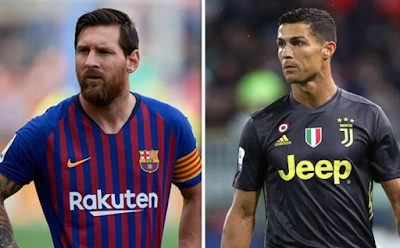 Lionel Messi and Cristiano Ronaldo have both failed to make the final shortlist for UEFA’s positional awards next month.

The awards reward the top players in each position during the 2019/2020 Champions League campaign.

There are seven Bayern Munich players nominated across the four categories.

Manuel Neuer is up for the best goalkeeper award and will battle it out with PSG’s Keylor Navas and Atletico Madrid’s Jan Oblak.

Manchester City playmaker, Kevin De Bruyne, is the only Premier League player on the list.

Robert Lewandowski is the favourite to win the UEFA’s best forward award. He has up for the prize along PSG duo Kylian Mbappe and Neymar.

The winners for each position will be revealed during the UEFA Champions League group stage draw in Nyon, Switzerland on October 1.