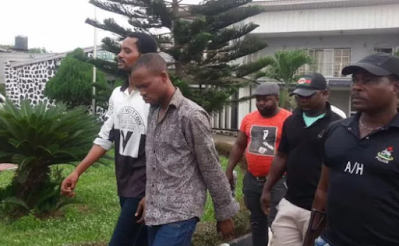 The federal high court in Lagos has fixed the hearing of no-case submissions in the fraud case against Seun Egbegbe, an embattled movie marketer, for October 6.

The movie producer was arrested over claims that he swindled about 30 bureau de change (BDC) operatives in Lagos in both local and foreign currencies between 2015 and 2017.

The former socialite had been charged with 40 counts of advance fee fraud alongside Oyekan Ayomide, Lawal Kareem, Olalekan Yusuf and Muyideen Shoyombo — his alleged accomplices — after which Oluremi Oguntoyinbo, the presiding judge, had ruled that he should be granted bail of N5 million with two sureties in the sum of N2.5 million.

Seun, who was first arraigned in February 2017, has been in prison custody since then, as he was unable to meet the N5 million bail granted to him by the court.

According to The Punch, the defendant will now pray the court to dismiss the charges on the ground that Innocent Anyigor, the prosecutor, failed to establish a prima facie case or prove the claims.

It is understood that following the closure of the prosecution’s case, all other defendants, except Egbegbe, who had difficulty paying his legal fees at the time, filed no-case submissions.

The defendants’ no-case submissions, which were targeted at securing their freedom, have been opposed by the police.

The court will now hear the no-case arguments on October 6.