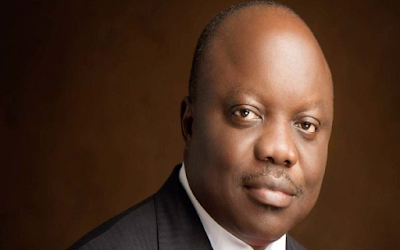 According to feelers, Uduaghan, who joined the All Progressives Congress (APC) to contest the Delta South senatorial seat in 2019, will dump the party at about 12 noon.

The former Governor is expected to lead thousands of his supporters to the PDP at his Unit, in Ward 6, Abigborodo, Warri North local government area of the state.

Thousands of his supporters were alleged to have already stormed Abigborodo ahead of the defection.

There have been reports the ex-governor had finalised plans to return to the PDP on which platform he was elected and served as Governor for eight years.

He was said to have had a cold-war with his successor, Senator Ifeanyi Okowa.

Uduaghan was recently sighted at the Annual General meeting of the Nigeria Association of Resident Doctors (NARD) at the Delta State University Teaching Hospital, Oghara with Governor Okowa and his predecessor, Chief James Ibori in attendance.

It was gathered the issues that forced the former governor to dump the PDP, where he was a founding member, have been resolved.

Though, Uduaghan had neither confirmed nor denied his return to the party, some of his loyalists, including Hon. Godwin Abigor, a former Delta Assembly lawmaker, last week defected to PDP.

Multiple sources within the PDP and APC have confirmed the development to The Nation.