#EdoDecides2020: ‘What is ongoing in Edo is coup, not election – Concerned Nigerians 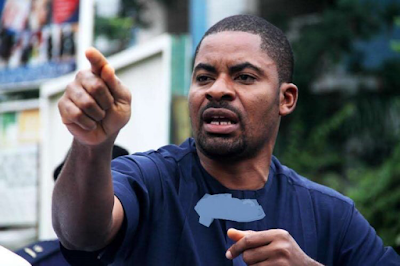 Concerned Nigerians group has berated President Muhammadu Buhari’s led government over its over bearing influence in the conduct of elections in Nigeria since his party, the All Progressives Congress won in 2015.

The group’s convener, Deji Adeyanju in a press statement made available to newsmen said, the ongoing Edo governorship election is a travesty.

“The governorship poll ongoing in Edo is a travesty. The umpire, the Independent National Electoral Commission, Security agents must take responsibility for the violence, voter apathy and electoral fraud that is being witnessed.”

“It’s appalling that after deploying 33,000 armed police men, Soldiers, the DSS operatives to protect lives and property of the people, the election is still marred with violence. The Security agents I learnt, are intimidating voters, electoral officers and hounding opposition members.”

“There’s no better time to sign the electoral reform Bill into law than now. Buhari must take cognizance of the fact that he is one of the biggest beneficiaries of a free, fair and credible election and as such, must not deny others of this privilege.”

“In view of the foregoing, What is happening in Edo can be likened to a coup. It’s an unconstitutional change of government. President Buhari has legalized vote buying and violence. To win any election now, what is required of politicians is to recruit enough thugs, compromise security agents, INEC officials sent to conduct elections. It is unfortunate and must be condemned by all and sundry.”

Adeyanju also enjoined the international community to watch closely, those perpetrating violence and subverting the will of the people.