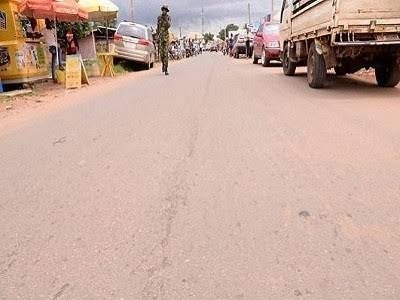 Many motorists and travellers are stranded at Okpella, Etsako West Local Government Area of Edo State due to the restriction of movement order during the governorship election.

The police directed a restriction order on the movement of vehicles between 11:59 p.m. on Friday and 6:00 p.m on Saturday.

Articulated vehicles and others were in long queues on Benin-Auchi-Okene way, having been stopped by the military officers on duty.

Some of the truck drivers, who spoke to NAN, said that they thought they could beat the restriction period before the beginning of the election.

One of them, Bello Abdulraman said, “I am going to Benin from Abuja with the intention to get to Benin before 8:30 p.m.

“I am surprised that getting to Jattu junction, we were stopped by the military officers who barricaded the road, refusing us to go through.

“They said we all will remain quietly here until after the election.”

NAN reports that several other security checkpoints were noticed in Etsako West and other areas in Edo North Senatorial District.