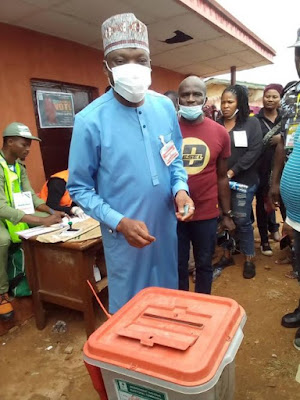 The Deputy governorship candidate of the All Progressives Congress (APC), Mr. Gani Audu, expressed confidence, after voting on Saturday, that his party will win the election.

He said there is no doubt in his mind that the APC will win the election because the state is an APC state.

“You will see the result after 5pm today.

“The process is okay, I just came, used the Card Reader, accreditation was done and I voted, very simple.

He commended the Independent National Electoral Commission (INEC), over the conduct of the election.

He described the turnout of voters as massive and the first of its kind in the history of elections in Aviele.