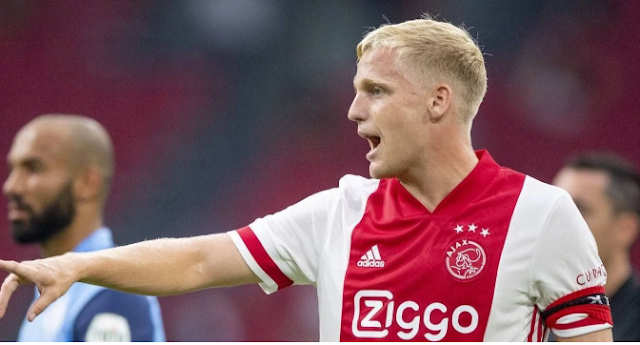 The 23-year-old has joined the Red Devils in a £40million transfer.

Van de Beek has signed a five-year contract, with an option to extend for a further year, believed to be worth around £107,000-a-week before bonuses.

The Dutchman becomes Ole Gunnar Solskjaer’s first signing of this summer and could line up alongside Paul Pogba and Bruno Fernandes.

After completing his move, Van de Beek said: “I am now ready to take the next step in my career and perform at the highest level and there is no higher standard than Manchester United.

“This team has some of the best midfielders in the world and I know that I can learn from them and also bring my own strengths to the group.”