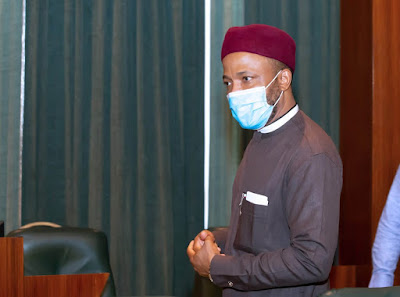 The Federal Government has commenced stakeholders’ meeting across the six geopolitical zones of the country to review laid down guidelines and protocols for the reopenings of the nation’s educational institutions.

The State Minister for Education, Chukwuemeka Nwajiuba made this know in Kano while presiding over the North West School Protocols Guidelines Stakeholders’ meetings.

He said he was in Kano to assess the readiness of the schools vis-a-vis the full maintenance of COVID-19 protocols before going ahead to actualize the dreams of full reopening.

According to him, the progress recorded and measures taken by the Buhari administration in reopening of schools in the country should be commended.

“I wish to acknowledge the commitment of the Federal Government in the education sector, particularly at this time when schools are about to be reopened,” he said.

The Governor represented by his Deputy, Dr. Nasiru Yusuf Gawuna thanked the Minister of State for Education, Chukwuemeka Nwajiuba who paid him a visit in his office.

He said the State Government is committed to prioritizing the education sector in view of its importance, adding that as part of compliance with the COVID-19 protocols for ensuring of safety and protection of the teaching staff and the students, fumigation exercise has been conducted, with PPE’s provided to the schools across the State.

The Governor also explained that recently his administration released the sum of N880 million for the renovation of some schools across the State.

The Minister later praised the efforts of the Kano State Government for its laudable initiatives in promoting education, which he described as worthy of emulation by other States.