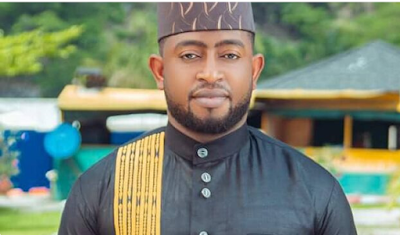 A federal high court in Abuja has ordered Mohammed Adamu, the inspector-general of police, to produce Vijah Opuama, a governorship candidate in the November 2019 Bayelsa state election, who has been detained by the police since August 15, 2020.

Opuama, candidate of the Liberation Movement (LM), was one of those who petitioned the Bayelsa state governorship election petitions tribunal seeking the removal of Douye Diri, governor of the state.

Opuama had contended that Lawrence Ewhrudjakpo, deputy governor of the state, forged his declaration of age and National Youth Service Corps (NYSC) discharge certificate to enable him contest the election.

His petition was, however, dismissed by the tribunal for lacking merit.

The governorship candidate was said to have been arrested by the police within the premises of the tribunal in Abuja, on August 15, 2020, while waiting for judgment to be delivered on his petition.

In a ruling on an ex parte application moved by Michael Odey, his lawyer, the IGP was ordered to produce Opuama before the court on Wednesday, September 2, 2020.

Delivering his ruling on Monday, Taiwo Taiwo, the presiding judge, said although the truthfulness of the applicant’s claims cannot be verified until the police respond to the allegations, the police ought not to have detained Opuama beyond 24 hours without granting him administrative bail or charging him with an offence before any court of competent jurisdiction as provided for in the constitution.

Taiwo said the IGP would have to show cause why the detainee should not be released unconditionally.

Meanwhile, in a supporting affidavit deposed to by Ebikoboere Amaebi, Opuama’s wife, she narrated how she was struck when “some unidentified men” allegedly arrested her husband at Wuse Zone 6 magistrates court, Abuja.

She said when she tried to inquire the reason for her husband’s arrest, some men hit her “hard” and caused her “severe pain, anguish, and suffering”.

“I have been losing blood since then and I am apprehensive that I may lose my pregnancy over that kick by the police officers that came to arrest my husband, the applicant,” she stated.

“The applicant was arrested that day and whisked away by the police officers who we later understood are from the office of the 2nd respondent and directly instructed by the 1st and 2nd (assistant commissioner of police heading the IGP’s monitoring unit) respondents to effect the arrest.”

She added that her husband did not even get the privilege of listening to the outcome of his petition.