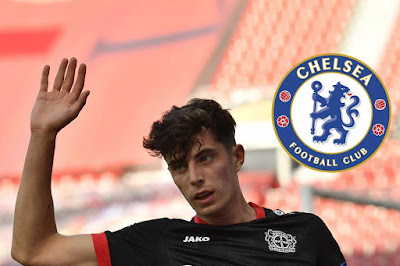 Chelsea midfielder, Mason Mount, is unhappy with the arrival of Kai Havertz, which will reduce his game time under Frank Lampard, BILD reports.

The Blues completed a £89million deal for Havertz this week.

The 21-year-old’s arrival will extra competition in attacking midfield for Mount, who played in every single Premier League game bar one in his debut season.

Mount hailed new signing Thiago Silva on social media with a welcome tweet, but is yet to do the same with Havertz.

Havertz is capable of playing anywhere in the front three, but it is believed the attacking midfield role is where Lampard will play the German.

The Blues have also invested in the striker and wide positions this summer, with the arrivals of Hakim Ziyech and Timo Werner from Ajax and RB Leipzig respectively.