CAMA will aid our fight against corruption -Buhari 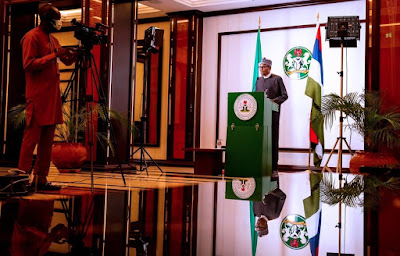 Buhari signed CAMA into law on August 7. The law has sparked a controversy, especially from religious leaders.

Under the law, religious bodies and charity organisations will be strictly regulated by the registrar-general of Corporate Affairs Commission (CAC) and a supervising minister.

CAMA provides that the commission may by order, suspend the trustees of an association or a religious body and appoint an interim manager or managers to coordinate its affairs where it reasonably believes that there has been any misconduct or mismanagement, or where the affairs of the association are being run fraudulently or where it is necessary or desirable for the purpose of public interest.

But David Oyedepo, founder of the Living Faith Church Worldwide, said the law was borne of out the government’s jealousy about the prosperity recorded by the church.

Oyedepo questioned the rationality behind subjecting churches to the same laws as companies, describing the church as God’s heritage on earth.

But speaking at the Open Government Partnership (OGP) 2020 virtual leaders’ summit on the sidelines of the 75th Session of the United Nations General Assembly (UNGA), Buhari said the law will enhance transparency and corporate accountability in the fight against corruption.

The president said part of the reason he passed the law is to change “international and domestic perceptions regarding Nigeria’s commitment to fight corruption and foster good governance”.

”Since the inception of our Administration in 2015, the Government has been committed to changing international and domestic perceptions regarding Nigeria’s commitment to fight corruption and foster good governance,” he said.

”We focused on the task of dealing head-on with this destructive monster, which led to us joining the Open Government Partnership and making reform commitments such as to establish a public central register of beneficial owners of corporate entities.

”Since then, we have made significant progress in implementing tougher anti-corruption measures, including my recent assent to the Companies and Allied Matters Act, 2020.

”The Act provides a legal framework for the implementation of Beneficial Ownership Information Disclosure in Nigeria.

”Being an OGP member-country has helped Nigeria learn from other countries tackling similar challenges, and to build a coalition to support these reforms across the private sector and civil society. It has also aided our journey towards building citizens’ trust in government.”

The president said being a member of OGP has helped the government in its journey towards earning the trust of Nigeria.

”Being an OGP member-country has helped Nigeria learn from other countries tackling similar challenges, and to build a coalition to support these reforms across the private sector and civil society,” he said.

On the COVID-19 pandemic, Buhari told the audience that it has become clear that governments cannot solve all the challenges alone, calling for cooperation.

”We face a significant contraction in the global economy in 2020; the world is facing the unprecedented twin challenges of managing the health and economic impacts of the pandemic,” He said.

”In these times, citizens worldwide are seeking more information, engagement, and support from their governments.”