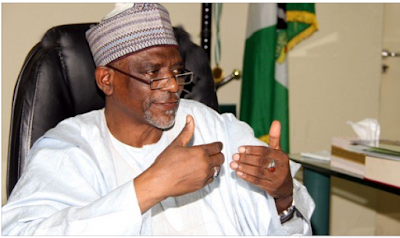 Education Minister, Adamu Adamu, is reportedly in a hospital in Berlin, Germany.

SaharaReporters says the latest trip was the third time Adamu would be flown abroad in recent months.

The minister is reportedly undergoing treatment for a kidney related procedure.

However, the reason for the current trip is still unknown.

There are concerns that his absence has affected issues including reopening of schools, the University of Lagos (UNILAG) leadership imbroglio, among others.

Adamu, who has has not been seen in public in recent weeks, is expected back in the country soon.

Prior to his appointment as Minister in 2015, the Bauchi indigene was the Secretary of Buhari’s Presidential Transition Committee.