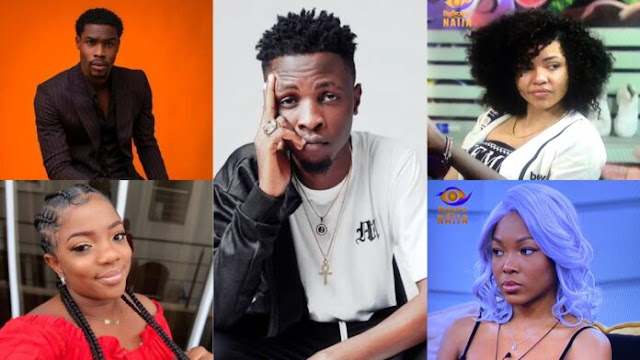 After ten weeks of being locked down in the house, five finalists are waiting with bated breath, anticipating who among them will eventually becomes the winner come tomorrow Sunday, 27 September 2020.

After ten weeks of drama, networking, laughter, tears, surprises, heartbreaks, evictions and disqualifications, this year’s reality show is gradually winding down to a close.

After ten weeks of holding Africa and indeed the globe spellbound, with many glued to their television sets round the clock, and minds ticking like a time bomb, Big Brother Naija is gradually waving us farewell.

What a season it has been? What a lockdown, as its name implies? What a year? And this year’s version will definitely go down in history as one of the most memorable. Yet, it has had its ups and downs, its high and low moments, times, its climax and anticlimax.

And it has also been the butt of criticisms, with many excoriating it and questioning its use-value in a country, time and period people are struggling to make ends meet, in a clime they believe it is misplaced priority watching youths locked down in a house for six weeks “making love on national television”, when there are very serious issues of national importance to tackle.

However, BBNaija is beyond just making love on national television, as it’s a micro-society where housemates not only network but also outsmart one another and manage to control what others think about them – what Irving Goffman, sociologist and symbolic interactionist, would call dramaturgy. But sometimes the housemates find it difficult to control other people’s perceptions of them, however hard they try to veil their real selves with behavioural camouflages.

Still it’s a zero sum game whereby one’s failure is another’s success and at the end of the day, only one winner clinches the N85m prize money.

No doubt, the question tugging at virtually every one’s mind now is: Who wins BBNaija Lockdown Season 5 ? While this is not an attempt to dismiss any of the five finalists – Laycon, Nengi, Dorathy, Neo and Vee – as they all have equal chances of clinching the prize money, the truth is, it’s a three-horse race.

The housemates in strong contention for the prize are Laycon, Nengi and Dorathy. Throughout the six weeks they have stayed in the house, these housemates put up a strong showing, have shown very exemplary behaviour and strong character and have huge fan bases. While Nengi or Dorathy may spring a surprise and win the competition, if the feelers from social media and opinion polls are anything to go by, Laycon is highly favoured to win the N85 million.

Laycon has so many things going for him. Aside from the fact that he has shown very strong character, is articulate and strong mentally (a trait Erica acknowledged), Laycon, arguably has the strongest fan base, and of all the housemates in the house, he was the first to be verified on Twitter Many also believe that since he revealed that he has sickle cell anaemia he will garner sympathy votes from his teeming fans.

However, one cannot rule out the element of surprise that has become associated with BBNaija. The truth is, no matter the popularity of some of the contestants, any of the five finalists can win the prize. No matter how popular a contestant may seem, if he can’t garner enough votes from his fans, there is no way he would win the competition. BBNaija is no magic. At the end of the day, the fans and viewers have the final say. That’s the fun of BBNaija. That’s the excitement. That’s why millions of Africans are glued to their television sets watching the show and contributing to the hype, excitement and hoopla.

However, no matter who eventually wins the prize, it is a known fact that BBNaija Lockdown Season 5 presented many unforgettable and irrepressible characters. We had Ka3na, the lady who revealed so many things about herself, who boasted of having a mini-estate, married to a 65 year old Briton, had IVF and her ovaries frozen several times, but whose dream of winning the competition was aborted so early. We also had Praise who many believed made love with Ka3na under the duvet, although Ka3na denied it, claiming they only made up.

We had Erica and Kiddwaya, two lovebirds whose time in the house was characterized by melodrama that would make a box-office hit any day, anytime. While Erica never hid her love for Kiddwaya, the son of a billionaire from Benue State wasn’t ready for a relationship. Erica was disqualified for consistently breaking house rules while Kidd’s eviction took many by surprise. We won’t forget in a hurry Erica’s confrontation with Laycon that ill-fated Saturday night, and her outburst, which eventually led to her disqualification.

We had Dorathy – the irrepressible Dora – whose smiles, impressive chest and diplomacy made many glued to their TV sets. We also had Ozo and Nengi, two housemates whose Bollywood romance would also make for a bestseller any day anytime. Ozo’s and Nengi’s romance is the direct opposite of Kiddwaya’s and Erica’s. While Ozo never hid his love for Nengi, the Bayelsa State-born model and beauty queen wanted to take her time. Ozo was so all over Nengi that it got many embarrassed and concerned.

We also had Eric and Lilo, two housemates who felt they were each other’s distractions. We will also not forget the two love triangles involving Ozo, Nengi and Dorathy on the one hand and Kiddwaya, Erica and Laycon on the other.

We also had other memorable housemates such as Prince, Wathoni, Lucy, Tolanibaj, Trikytee, to mention a few. No matter who eventually becomes the winner, I will like to end with a statement commonly attributed to William Shakespeare: “All is fair in love and war.”