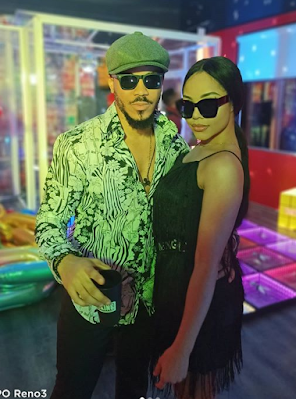 This is following Erica’s disqualification.

Recall that Nengi had at several times had issues with Erica over her closeness to Kiddwaya.

On Saturday night before Erica’s disqualification, she confronted Nengi over Kiddwaya which had Nengi saying she could have Kiddwaya if she wanted to.

However, Ozo who felt insecure after Erica’s exit on Sunday, approached Nengi about her dumping him and getting close to Kiddwaya or any other housemate.

“I just want to let you know that if you want to get closer to any male housemate now after tonight eviction and disqualification you can.

“I wouldn’t be angry, you can do what you want,” Ozo said.

Nengi who was not having it with Ozo warned him not to keep assuming, adding that she just wants to be herself in the house and would be with anyone she wants.

Recall also that Ozo caught Kiddwaya and Nengi once in the bathroom and was not happy despite Nengi explaining that he just helped her zip her dress.