BBNaija 2020: I will give Erica half of the N85m prize money if Kiddwaya wins – Terry Waya 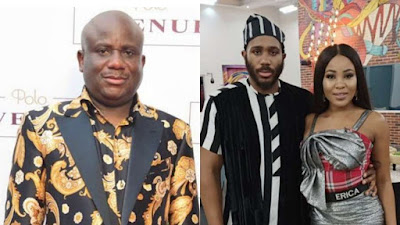 Big Brother Naija housemate, Kiddwaya, would have to share the ultimate prize for the show with Erica if he wins, according to his father, Terry Waya.

Waya stated this during an Instagram live with Dele Momodu on Tuesday.

Erica was disqualified from the reality show on Sunday, after she accumulated three strikes.

But according to Waya, she got into trouble because she was defending his son.

Waya also claimed that Erica had Kiddwaya’s best interests at heart and saw through the character of other housemates, who were trying to take advantage of him.

“It is not my business what is happening between her and my son. I cannot force anything.

“If my son should win this, I will make sure he gives her half of the money,” Waya said.