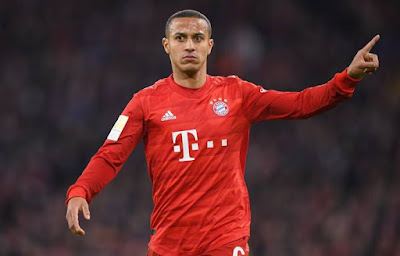 Speaking with Sport 1, Hoeness revealed that the Bundesliga champions offered the Spanish midfielder a new deal, which he turned down.

Thiago’s future at the Allianz Arena remains uncertain, as he enters the last months of his current contract.

The 29-year-old has been linked with a move to the Premier League and Hoeness feels he is determined to play in England.

“We offered him a great contract but in the last minute he changed his mind.

“He probably has an agreement on personal terms with Liverpool or Man Utd, or with both,” he said.