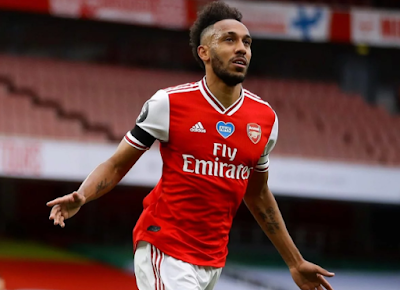 Pierre-Emerick Aubameyang is on the verge of putting pen to paper on a new three-year contract with Arsenal.

According to The Athletic, the new deal will see him topple Mesut Ozil as the club’s highest-paid player.

Aubameyang has been in talks with Emirates chiefs for several months over fresh terms.

Both camps have finally reached an agreement and it could be made official before their Premier League opener against Fulham this weekend.

Aubameyang is set for a massive pay rise on his current £200,000-a-week deal, which was to expire next summer, to take him to the top of Arsenal’s wage list.

It is understood that the Gabon striker’s deal is worth more than Ozil’s £350,000-a-week contract, with the striker extending his stay with the Premier League giants until 2023.