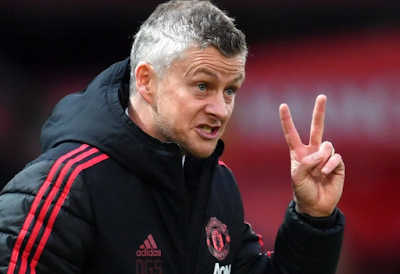 Manchester United boss, Ole Gunnar Solskjaer, has provided the latest update on his team ahead of his side’s pre-season friendly clash against Aston Villa on Saturday afternoon at Villa Park.

Solskjaer also said that defender, Luke Shaw, is set to play against Villa after missing the back-end of last season due to an ankle problem.

According to him, defender, Axel Tuanzebe will not feature against the host.

“For me, Luke is looking really good in training. He has come back, looking strong, and will play in the friendly against Villa,” Solskjaer told Man United’s official website on Friday.

“Then, Axel is getting closer, as well. In a few weeks’ time, I guess he will be with us training full-time, and hopefully, we will be able to give him games quickly.”

“It is going to be a game to give players minutes,” Solskjaer added.

“Some v’e trained more than others, and some will be more ready than others.

“Some played international games, which actually sometimes you think you do not really want that, but some of them v’e got valuable minutes there.

“We will give the others minutes against Villa, so they can all start on a decent level because it is going to be a long season.”

Man United will begin their 2020/21 Premier League campaign at home against Crystal Palace on 19 September.