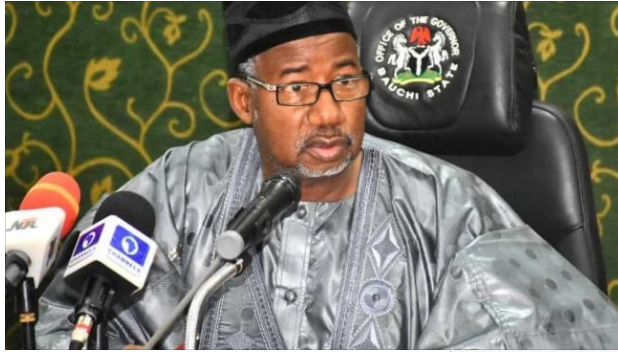 Governor Bala Mohammed of Bauchi State has responded to a recent attack directed at him by Garba Shehu, the Senior Special Assistant to President Muhammadu Buhari on Media and Publicity.

Recall that while reacting to the criticism that met President Buhari’s endorsement of Pastor Osagie Ize-Iyamu, the presidential spokesperson, Garba Shehu, asked the Peoples Democratic Party, PDP, to sack all the Governors elected on its platform specifically mentioning Mohammed as one of the Governors under investigation for corruption.

And in a statement signed by his Special Adviser on New Media, Lawal Muazu on Thursday, Bala Mohammed said: “politicians who lack the qualities needed as leaders are at it again.”

He said that the statement by the Presidency clearly shows “how corrupt politicians find APC a safe place to flee to after a long time enjoyment of their corrupt practices.”

According to the Governor, it was obvious that the Buhari was favouring the incompetent politicians because of party affiliations.

“Once a person moves from the opposition party to the APC, he becomes a saint and untouchable,” he said.

Mohammed said that Buhari should have put the PDP’s reaction into consideration instead of turning a blind eye in defence of the person in question.

According to him, Adams Oshiomhole, a former National Chairman of the PDP had already de-marketed the APC candidate for the Edo election and “It is a questionable stance to come back shielding a person which yourselves had proven not to be trustworthy.

“It’s everywhere on cyberspace, in a 10 minutes campaign video, where the then party’s chairman on the campaign ground said that Ize-Iyamu wasn’t able to cast his vote on 14th April 2007, because he was hiding from EFCC,” Mohammed said.

“You either consider the PDP’s comments on your candidate and stop defending an indefensible or tell Nigerians that you were lying in 2016.”