Why I keep my relationship private –Kizz Daniel 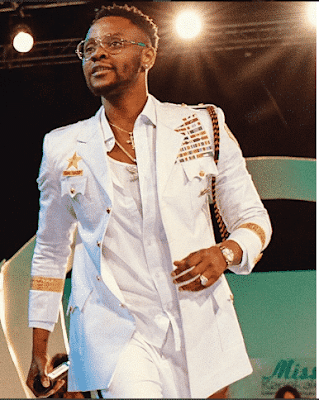 Popular singer, Oluwatobiloba Anidugbe, aka Kizz Daniel, is undoubtedly one of the most celebrated Nigerian singers at the moment.

The One Ticket crooner in an interview with Saturday Beats noted that he decided to keep his relationship away from the public even before he became famous.

According to him, “I made the decision to keep my relationship private a very long time before I became famous and I have decided to keep it that way”.

On how he has been coping amidst the COVID-19 pandemic, the hit-maker noted that he had been staying safe and recording music.

“Unfortunately, the pandemic has caused global disruption of activities and halted a lot of processes in the entertainment industry. For now, I’m staying safe, resting and recording more music,” he said.

Daniel also maintained that having sleepless nights was one of the prices he had to pay at the early stage of his career. He added, “Sleepless nights for sure is number one (sacrifice). I also lost some friends because I was practically on the road after my debut hit song. Every day as an artiste, one makes sacrifices.”

The Fly Boy Inc boss, who has a song dedicated to Lagos, stated that living in the city has influenced him a lot.

“Lagos has influenced me a lot, especially my approach to life and situations. This is a very peculiar city and it inspires me daily.”

Asked if he had ever questioned his talent at any point during his career, he said, “I never did and that is the last thing I will do. Music is an art for me and my art is drawn from within my soul. I tell stories about my experiences and that’s why I can never doubt myself.”

Daniel insisted that he had many memorable moments and couldn’t single out one as being the most significant. “Life has been amazing for me and I can only thank God,” he said.