Success Adegor’s mum has reacted after Mr Jollof, a social media influencer, alleged that the family was ungrateful for claiming monetary promises made to them were fake.

Last year, the then primary three pupil of the Okotie Eboh Primary School in Sapele was sent home for non-payment of fees but she angrily told a neighbour she would have preferred being flogged.

The video, where she had been recorded making the comment not typical of a girl her age, had attracted attention on social media, thereafter bringing unexpected perks to her family.

It was earlier reported that Jollof had registered Success at a private school in Sapele and paid the fees for two terms, promising to fund her education up to college.

However, in another clip that surfaced on Thursday, the schoolgirl claimed that much of the financial pledges made to her by prominent public figures have remained unfulfilled.

Reacting to the claim in a video on his Instagram page, Jollof said: “I paid school fees for them, gave the mama N100,000! And they’re making claims about audio money.

“If the mama didn’t get enough, she must have gotten a minimum of N1 million. N1 million can’t change your mama’s life? But you’re here claiming you weren’t given anything.

“I personally went to Sapele and paid for her school, His Majesty International School. I went there with the mother, Success herself, and with the girl that made the video.

“Two other of their family members boarded okada to meet us at the school. Now they come one year after to say they weren’t done good. Crazy people, tarnishing someone’s image.

“Na the day them do good for poor person, na them know! Success and her parent are just ungrateful. I am aware @iam_otunba02 gave her money as well.”

Na the day them do good for poor person na them know !!! Success and her parent are just ungrateful. I am aware @iam_otunba02 gave her money as well.

When contacted, Vera Adegor stated that some pledges made to the family were met, adding that the outrageous claim of ingratitude made by Jollof on the little girl’s comment isn’t really true.

She said Jollof paid the girl’s tuition for a term in primary 3 and that she reached out to him when the government delegates said Success couldn’t quit until the renovation on the school was complete.

“He came when he heard of the incident and paid for the second term to school success in a private institution. As of that time, the government had yet to come into the matter,” the mother said.

“Government said they couldn’t allow Success to leave at the time until the renovation project on it [as it was dilapidated] was complete, for the sake of those who would also benefit from it.

“I called Mr. Jollof on the development, expecting he would retrieve his money since he paid into the school’s account not to me directly. I neither reached out to the school nor took the money.

“I’m not saying he didn’t do well, I thank him. But claiming I’m an ungrateful human being is not true. I told Charles Okpaleke, because of whom the government later give her a scholarship from four to six.

“It was when the commissioner came to check the school and didn’t see Success they remembered they promised her scholarship. They called to ask what happened and I told them she wasn’t given.

“…and that someone else paid for her four to six. So the government said they didn’t want her to go to a private school until she finishes there. So they also gave her a scholarship from four to six.” 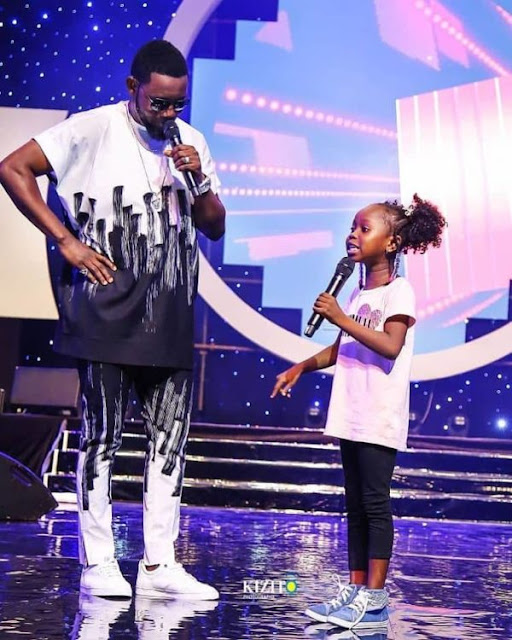 Expressing worry about the social media criticism of AY Makun, a showbusiness mogul, after her daughter spoke on fake promises, Vera explained that the comedian did his best in taking up the issue.

On the promise to Success’ father, Vera said the LGA chairman had vowed he would employ him at the secretariat while with media personnel but later said there was no job when paid a visit.

She said the chairman had offered to work out a commercial tricycle on a lease, despite having their own commercial bike — an offer which she said they had turned down due to the financial risk.

“I thank both those who made good on their promises and those who didn’t. To those who did, I apologize. She’s a child and wasn’t referring to those who helped her,” Vera told TheCable Lifestyle.

“She addressed those she took note of. One that came with the media was Mr. Honourable Kelvin. In her presence, he promised to pack (relocate) us then. The next we called, he refused to answer.

“Another one that occurred was when she asked the chairman to give her dad a job. He agreed to do so but, at the end of the day, didn’t comply. Another news also circulated that she was given a visa.

“There are many others that I can’t immediately recall. She wasn’t begging for another donation. Only that she’s a child that always speaks her mind. She was just trying to address her concerns.

“I am sincerely grateful to those who fulfilled their pledges, like Mr. Charles Opaleke, who paid for primary four to six in Our Saviour School. AY Makun also did his best, and so many others.”