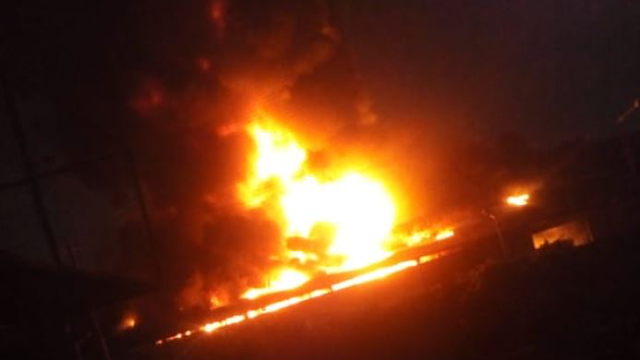 A massive fire on Friday razed Teju Foam in Ilupeju area of Lagos, Southwest Nigeria. The company is close to a popular first generation bank and a filling station.

According to reports, the fire began around 7:30 pm on Friday night.

Confirming the development, the Director General, Lagos State Emergency Management Agency, LASEMA, Dr. Femi Oke-Osanyintolu said distress calls were received about a fire at the location which started at around 7.30pm

“The combined team of LRU fire and LASG Fire Service have contained the fire and prevented it from spreading to other close properties,” he said.

Oke-Osanyintolu added that inspection of the affected areas revealed that the tailoring section, blocking section, galaxy department, cutting section and stacking area of the premises were affected.

“The cause of fire remains unknown while damping has been completed,” he said.