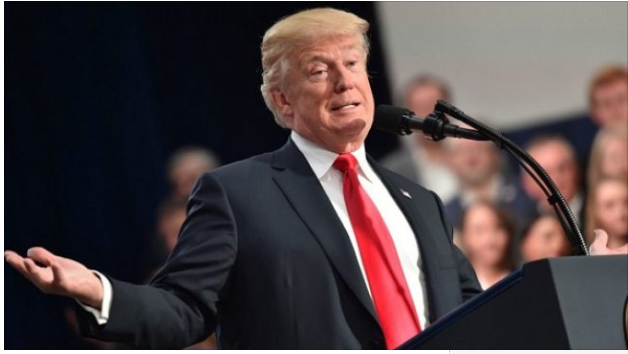 Biden and Harris of the Democratic Party will run for the US presidential election in November against Trump and his vice, Mike Pence.

The 55-year-old Harris contested against Biden for the party’s ticket and fired shots at him during the 2019 debates.

At a White House press briefing, Trump feasted on those cannons.

The American leader lampooned her for saying she would take away fracking, establish socialized medicine, slash funds for the military and raise taxes.

He described Harris’ past actions as “nasty,” adding that she was even “nastier” to Biden.

Trump said the VP candidate was “very very nasty, to — one of the reasons that surprised me, she was very — she was probably nastier than even Pocahontas to Joe Biden. She was very disrespectful to Joe Biden, and it’s hard to pick somebody that’s that disrespectful.”

“Harris called Joe Biden a racist and asked for an apology she never received. Clearly, phoney Kamala will abandon her own morals, as well as try to bury her record as a prosecutor, in order to appease the anti-police extremists controlling the Democratic Party.”

Pierson stated that she was a proof that Biden is “an empty shell.”

“Joe Biden is no moderate and with Harris as his ‘political living will,’ he is surrendering control of our nation to the radical mob with promises to raise taxes, cut police funding, kill energy jobs, open our borders and appease socialist dictators,” Pierson asserted.