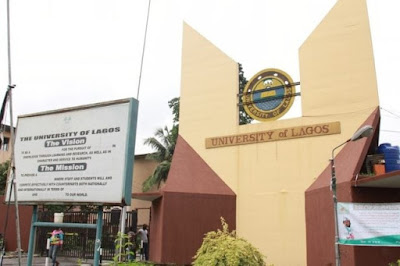 Security in and around the University of Lagos Senate building and council office was beefed up on Monday  as the acting Vice Chancellor, Prof. Omololu Soyombo, addresses workers of the university.

Soyombo, solicited the support of the workers, adding that he had resumed effectively as the acting vice chancellor.

“I have resumed effectively as the VC and I hereby solicit the support of every member of staff, so we can work together and discharge our duties peacefully for the interest and progress of UNILAG,” he said.

Our correspondent, who visited UNILAG, observed large numbers of policemen around the Senate building and governing council office and they restricted movement in the areas.

According to a worker, who spoke on condition of anonymity, policemen from the Apapa Division were deployed in the institution to maintain the peace.

However, some senior staff members, including a former Dean of Social Sciences, Prof.  ‘Lai Olurode; and a member of the Senate, Prof. Ayo Olowe, in different statements, called for peace.

Olurode said, “Under the law which governs UNILAG, only the vice chancellor or anyone acting in that position can authorise a meeting of the Senate. To do anything otherwise is to act in defiance of the law.

“An acting vice chancellor has been appointed; he should be allowed to function in that capacity until a contrary pronouncement is issued.”

Olowe also said the choice of Soyombo by the council was a good one.

“Prof. Omololu Soyombo is a man of peace and proven integrity. I have full confidence in his ability to resolve the current impasse in the university,” he said.