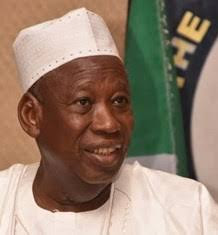 The Kano State Council of Jamaat Mosques Imams has advised Governor Abdullahi Umar Ganduje to as a matter of urgency sign singer Yahya Aminu’s Death Warrant, which is before him after an Upper Sharia Court passed the judgement.

A Kano Upper Sharia Court had sentenced Yahya Aminu to death by hanging for Blasphemy against the Prophet of Islam.

However, the Kano State council of Friday mosque Imams commended the Upper Shari’ah court for passing the death judgement to 22-year-old Yahaya Aminu.

The chairman of the council Muhammad Nasir Adam gave the commendation on Wednesday, saying it was apt and according to the teachings of Islam.

He said, our council has confidence that Governor Abdullahi Ganduje will sign the execution Warrant of the penalty.”

Mr. Adam warned Muslims to refrain from supporting any move capable of denting the image of the prophet of Islam Muhammad peace be upon him.

Also, the Commander General of the Kano State Hisbah Board, Harun Sani Ibn Sina, supported the judgement of the Upper Sharia Court which sentenced Mr. Aminu to death by hanging.

Mr. Ibn Sina said the board is fully in support of the judgment as it was based on the provision of Shari’ah (Islamic law)