Sevilla vs Inter Milan: We must win Europa League for Conte – Victor Moses 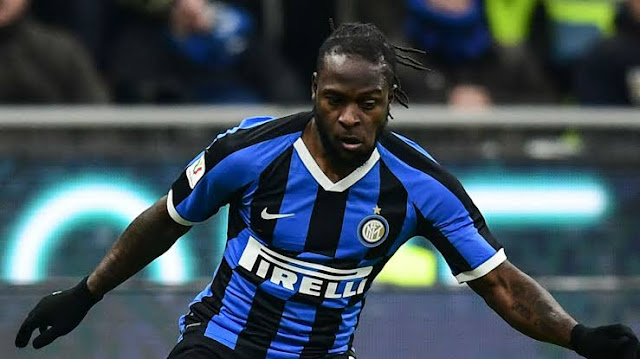 Inter Milan winger, Victor Moses, has said that the Nerazzurri must win the Europa League trophy to repay their manager, Antonio Conte.

Moses, who played under Conte at Chelsea, said the Italian gaffer is a passionate coach who plans ahead and gives 110 per cent in every game.

Inter Milan face Sevilla in the Europa League final on Friday night at the RheinEnergieStadion in Cologne, Germany.

The Serie A side head to the game after defeating Shakhtar Donetsk in the semi-final, while Sevilla knocked out Manchester United.

“He’s a passionate coach who plans ahead. He wants us to give 110 per cent in every game,” Moses told Inter Podcast of Conte.

“Then you see his reactions during the games, along with those of his staff. We want to play and win for him, but in the end, we want to enjoy our football.

“In the end, we’re here to play football, that’s the most important thing. We are professionals.”