Seriake Dickson plots joining other ex-govs in Senate, as PDP presents him as sole candidate 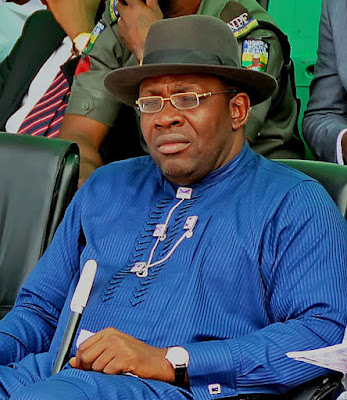 The immediate past governor of Bayelsa State, Seriake Dickson has announced that the Peoples Democratic Party (PDP) has made him the sole candidate for the Bayelsa West senatorial district election.

The Senate seat is currently vacant following the election of Senator Lawrence Ewhrudjakpo as the deputy governor of the state.

Dickson in a tweet on Monday thanked “all members of the PDP for according me that respect of not having a contest at the primaries but as they know, we have to keep working until everything is over.”

Dickson, a former member of the House of Representatives if elected will join several other ex-governors in the Senate.

In the tweet, Dickson said that his form was procured for him by “different political groups, leaders and other stakeholders.”

It would be recalled that Governor Diri Douye inaugurated a Campaign Council headed by Chief Fyneman Wilson.

Although the PDP lost the last governorship election, it emerged through the verdict of the Supreme Court. Dickson said the other party (All Progressives Congress) is not on ground to challenge the PDP for the election.