SERAP, others celebrate as NBA withdraws invitation to El-Rufai 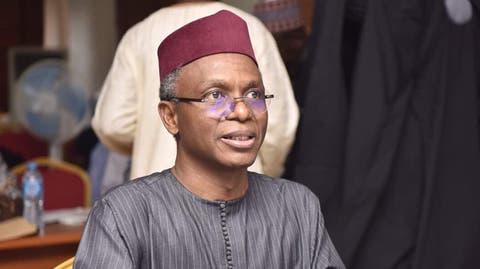 Several human rights advocates, including the Socio-Economic Rights and Accountability Project, hailed the Nigerian Bar Association for withdrawing its invitation to Kaduna State Governor, Nasir El-Rufai, who was scheduled to speak at its Annual General Conference next week.

The NBA in a tweet on Thursday said it had decided to remove El-Rufai from the list of its speakers, adding that the decision would be communicated to the governor.

The tweet read, “The National Executive Committee of the Nigerian Bar Association at its ongoing meeting resolves that the invitation to the Kaduna State Governor, H.E. Nasir El-Rufai by the 2020 Annual General Conference Planning Committee be withdrawn and the decision communicated to the governor.”

A petition to stop the governor from attending the conference, which was started by a lawyer, Usani Odum, had garnered over 3,400 signatures on Change.Org as of 6 pm on Thursday.

In a separate letter titled, ‘Request to Withdraw the Offer of Platform at the 2020 Annual General Conference of the NBA to Mallam Nasir El-Rufai’, addressed to the Chairman, Technical Committee on Conference Planning, NBA, Prof Koyinsola Ajayi, some lawyers said the governor must not be allowed to speak at the conference.

The letter, which was signed by Silas Onu and Auta Nyada, listed 10 allegations against El-Rufai and his son, Bello, who is a Special Adviser to Kaduna Central lawmaker, Senator Uba Sani.

They faulted the NBA for inviting El-Rufai citing his poor human rights record and his inability to stop the killings particularly in Southern Kaduna.

The NBA virtual conference, which holds from August 24 to August 26, 2020, is expected to have Vice-President Yemi Osinbajo and the Attorney-General of the Federation, Abubakar Malami (SAN), in attendance.

Others expected to speak at the event include former Governor Peter Obi of Anambra State, Governor Nyesom Wike of Rivers State and a former Minister of Education, Oby Ezekwesili.

The theme of the conference is: ‘Am I a Nigerian- A Debate on National Identity, the Indigeneship-Citizenship Conundrum’.

Earlier, El-Rufai’s son, Bashir, had mocked those calling on the NBA to withdraw its invitation to his father, accusing them of receiving N15,000 bribe.

He mockingly tweeted, “So, the NBA didn’t cancel El-Rufai because Theophilus and Agnes on Twitter collecting N15,000 allowance decided to boycott the conference yet? Upside-down face!”

However, the removal of El-Rufai from the list of speakers generated thousands of tweets in support of the action.

SERAP also called on the NBA not to invite the representatives of the Federal Government until President Muhammadu Buhari began to obey court orders.

“We welcome the decision by the NBA to withdraw its invitation to Kaduna State Governor Nasir El-Rufai on grounds of poor human rights record. We also call on the NBA not to invite the Nigerian Government/its reps to its events until President Buhari obeys all outstanding court orders,” SERAP tweeted.

A former Chairman of the National Human Rights Commission, Prof. Chidi Odinkalu, who hailed the decision, said El-Rufai’s absence from the event would give him enough time to focus on the killings in Southern Kaduna.

Odinkalu tweeted, “The NBA has just voted to remove El-Rufai from the NBA 2020, so he will have time to focus on Southern Kaduna massacre.”

Columnist, Ikhide Ikheola, said, “I salute the leadership of the Nigerian Bar Association for doing the right thing in rejecting El-Rufai’s desperate bid for legitimacy. This is just the beginning. Once young Nigerians realise how much power they have over their own destiny, Nigeria will be a changed place.”