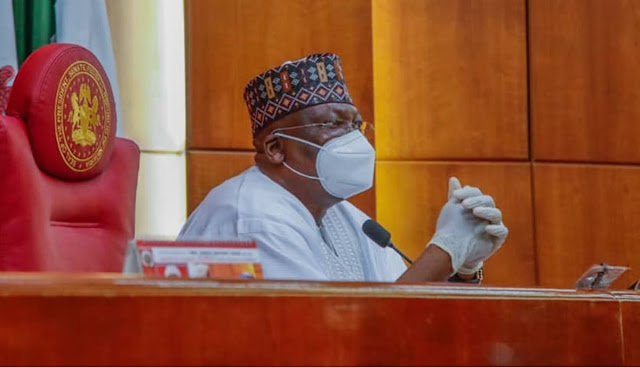 The Senate said it had received fresh fraud allegations against the management of the Niger Delta Development Commission.

The red chamber said the new financial infractions were not captured in the list of the allegation of N40bn reckless spending which a whistle-blower brought against the NDDC to the parliament recently.

The Senate said the fresh probe would be handled by the Senate Committee on Ethics, Privileges and Public Petitions.

The chairman of the panel, Senator Ayo Akinyelure, confirmed the development in Abuja.

He explained that the acting Managing Director of the NDDC, Kemebradikumo Pondei, would be summoned after the Senate panel had concluded its public hearing involving the United Bank for Africa Plc and the liquidators of the defunct NITEL/EMTEL, which would take place next Wednesday.

Akinyelure said, “There is a petition that has just been sent to my committee by the leadership of the Senate.

“I received it on Tuesday. It is about the alleged fraudulent practices of the acting Managing Director of the Niger Delta Development Commission.

“I will take my time to study the petition. Our committee will invite him as soon as we conclude hearing on the case involving the UBA which is before our committee.

“We will invite the MD to come and explain to the whole world how he allegedly misappropriated billions of funds as the head of the agency.”

Akinyelure, who did not give further clue into the content of the petition against Pondei, however, said the embattled MD would also answer questions about allegations of contract scam against some federal lawmakers.

The senator from Ondo Central said, “He (Pondei) will also tell Nigerians about the details of the senators who allegedly took gratification and contracts from him.

“He must come and prove it beyond reasonable doubts. No senator awards contracts. We can only facilitate project allocation for our various constituencies.

“We don’t even know when the executive would advertise those projects.

“Our job is to ensure that the project is executed. If any Senator or House of Representatives member had gone to the NDDC management to take money or contract, we will ask the MD to expose such a person.

“The NDDC should stop blackmailing the entire Senate. We have 109 members in the Senate. We are celebrated Nigerians.

“We were millionaires before we came into the Senate. We had jobs. All the allegations against us are fallacy of the highest order.”

Investigations revealed that the fresh petition against Pondei was sent to the leadership of the Senate after the chamber’s ad hoc panel had concluded its probe of the NDDC and even submitted its report.

The report of the panel, led by Senator Olubunmi Adetunmbi, was considered and approved by the upper chamber before proceeding on its annual vacation last week.

The Chairman, Senate Committee on Niger Delta Affairs, Senator Peter Nwaoboshi, however, gave a hint about some of the fresh allegations against Pondei in a statement he signed last week.

Nwaoboshi had while reacting to the allegations by the Minister of Niger Delta Affairs, Senator Godswill Akpabio, wondered while the former Akwa Ibom State governor chose to blackmail lawmakers instead of checking the alleged daily reckless spending in the NDDC despite its probe by the National Assembly.

Nwaoboshi alleged that the Interim Management Committee of the NDDC under Pondei paid N39.4m to a media outfit, Messrs Clear Point Consultancy, to defend media attacks against Akpabio.

He alleged that Pondei’s IMC was using taxpayers’ money to launder Akpabio’s image.

The senator also said the IMC was allegedly paying N51.8m every month as an allowance to Pondei while other members of the team were allegedly being paid N18m monthly.

Nwaoboshi said, “The above revelations are just a tip of the mind-boggling and reckless payments running into billions of naira by the IMC members to themselves and expended with the approval of Mr Akpabio.”

The Senate had last Thursday called for the dissolution of the IMC.

It also asked the embattled IMC, led by Pondei, to refund an extra-budgetary expenditure amounting to N4.923bn to the NDDC accounts.

The red chamber took the decision after approving the recommendations of its ad hoc committee.

The ad hoc panel was set up to unravel the alleged financial recklessness at the NDDC between October 2019 and May 2020.

The Senate asked the Secretary to the Government of the Federation in the Presidency to take over the supervisory role of the NDDC.

The President of the Senate, Ahmad Lawan, had said the report would be submitted to the President, Major General Muhammadu Buhari (retd), who according to him, was “eagerly expecting it.”

Meanwhile, The President, Major General Muhammadu Buhari (retd.), on Friday regretted that some people in his government and the previous one abused the trust reposed in them.

He was speaking when journalists sought his reaction to the revelations coming out from the Economic and Financial Crimes Commission and the Niger Delta Development Commission.

The President regretted that some people in his government and the previous one abused the trust reposed in them.

Buhari spoke in an interview he granted State House correspondents after joining his family members and some top government officials to observe the Eid El-Kabir prayers inside the Presidential Villa, Abuja.

“A number of assets and some money have been recovered. But we have introduced TSA where all the monies are taken and I said asset should be sold and the money be put through TSA so that it can be identified at any level and I will see who will come after us and take it back again to those who misappropriated public funds.”

On insecurity, he said his regime had done its best as far as fighting members of the Boko Haram sect in the North- East and militants in the South South was concerned.

The President’s claim that he had done his best on insurgency and militancy came two days after insurgents attacked the convoy of the Borno State Governor, Babagana Zulum.


The governor was said to be on a routine inspection when his convoy was attacked by suspected members of Boko Haram between Baga and Munguno on Wednesday.

But Buhari, who recalled that his regime inherited the security challenges from the previous administration, said he had done his best.

He, however, knocked security agencies on the current security challenges in the North-West and North-Central, saying they could do better than what they were currently doing.

The President said, “I want Nigerians to be very conscious of their country and what we inherited when we came in 2015 was Boko Haram – North-East and the militants, the South-South. Nigerians know that we have done our best.

“What is coming up in the North-West and North-Central is very disturbing indeed but I believe the military, the police and other law enforcement agencies from the report I am getting; I think they could do much better.

“They could do much better, but we are keeping them on the alert all the time to do their duties.”

When asked what he wished Nigerians, Buhari said, “I wish Nigerians the best of luck. In the Eid El-Kabir sermon, the Imam has said it all. We want security, prosperity and well-being of Nigerians.”

The President’s Senior Special Assistant on Media and Publicity, Garba Shehu, later issued a statement quoting Buhari as giving assurances that there would be more resources for the country’s military, police and other security agencies to deal with the unwanted security situation in some areas of the country.

The statement was titled: “President Buhari pledges more resources to deal with ‘very disturbing’ security situation in parts of the country.”

Shehu said, while assessing the state of security in the country, the President described the situation, particularly in the North-West and the North-Central parts of the country as “very disturbing.”

He further quoted Buhari as saying that while much had been achieved, as regard security, from the situation he inherited in 2015, more still needed to be done.

The statement read, “He (the President) said considering the security situation on the ground when he came to office, ‘Nigerians know that we have done our best. However, what is coming out of the North-West and the North-Central is very disturbing.’

“Responding to a specific question on the performance of the service chiefs, which recently he said needed to get better, the President said that the military, the police and other security agencies were working hard.

On the issue of corruption, Shehu quoted Buhari as saying that all past and present cases would be fully investigated.

“This is why we put the commission (of investigation) in place. There has been abuse of trust by people trusted by the previous administration and this administration,” the presidential aide quoted Buhari as saying, stressing that all of such cases would be uncovered and firmly dealt with by his government.

The statement added, “On the specific case of the Niger Delta, the President decried the wastage of the resources earmarked for the betterment of the lives of the people of that region, lamenting that corruption had been unhelpful in that regard, especially ‘if you recall there is the 13 per cent derivation.’

“He also warned against the vandalism of oil pipelines in the oil- producing areas which often results in environmental pollution.

“Those who are blowing up pipelines and interfering with the production of petroleum products are hurting their people more than the rest of Nigerians because the majority of their people are fishermen, fisherwomen and farmers. Now if they pollute the land and the waters, the fish go into the deeper sea where the people cannot go and they cannot grow anything. They are hurting their immediate communities more than any other thing,’ the President further noted.”

Buhari had earlier in the day joined Muslims all over the world to mark this year’s Eid El-Kabir.

The President, his family members and some top government officials observed the sallah within the precinct of the Presidential Villa, Abuja.

His wife, Aisha and son, Yusuf, were among those who took part in the prayers led by the Chief of Imam of the State House mosque, Abdulwaheed Sulaiman.

Shortly after the prayers, Buhari witnessed the slaughtering of the sallah rams and thereafter took group pictures with family members.

Those who participated in the prayers, including the President, wore masks and maintained social distancing with the arrangement of their prayer mats on accordance with the guidelines issued by the Presidential Task Force on COVID-19.

The President later wrote on his Twitter handle, @MBuhari, “I observed the Eid El-Kabir prayers at home with my family, this morning, in keeping with the advisories from the Presidential Task Force on COVID-19 and the Nigerian Supreme Council for Islamic Affairs.

“Once again I wish us all a safe and happy Eid. #EidMubarak.”

She wrote, “On this occasion of Eid el Adha, which signifies the spirit of sacrifice, I wish to congratulate Nigerian Muslims and charge them to imbibe the lessons of the period.

“I wish to use this opportunity to thank Nigerians for respecting the protocols designed for COVID-19, and to call on them to remain resolute in ensuring that the pandemic is controlled.

“I also call on Nigerians to make best use of the financial support being provided through CBN to boost their businesses in order to cushion the effects of COVID-19.

“It is my ardent prayer that we overcome the pandemic as soon as possible so that we return to our normal lives in earnest.”