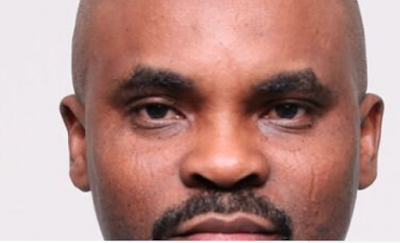 Ernest Omo-Ojo, a former employee of  Mobil Producing Nigeria Unlimited (MPNU), a subsidiary of ExxonMobil, has accused the company of terminating his appointment without following the rules set by the Department of Petroleum Resources (DPR).

In section 4 of the guidelines for release of staff in the Nigerian oil and gas industry as amended in November, any employer who wishes to release a worker shall apply in writing to the DPR’s director for the minister of petroleum’s approval, stating the manner of the staff release, the reasons and the compensation due to the worker.

It adds that where the worker’s release is by involuntary retirement, dismissal or termination, the DPR shall conduct an inquiry into the circumstances of the proposed staff release and make a decision on whether to convey the minister’s approval or otherwise.

Omo-Ojo said none of this was followed when his employment was terminated on June 24, 2019.

He said prior to his sack, he received a suspension letter from MPNU on April 12, 2019, and on April 16, 2019, he submitted a petition to the DPR. Subsequently, he had follow-up meetings with the DPR representatives and was told that a formal letter would be dispatched to ExxonMobil referencing his petition.

Again in May 2019, he was invited by DPR and was told that the a letter had been written to ExxonMobil intimating the company of his petition and that ExxonMobil provided feedback, stating that his “suspension was with pay and that there was an ongoing investigation”.

Omo-Ojo said he was consequently assured by the DPR that everything was under control and that no further action would be taken by MPNU.

What, however, followed in June, was the termination of his appointment, without recourse to the DPR with any findings or why the action was taken.

He said for over 15 months, there has been a back and forth engagement with MPNU and it appears the company has not been forthcoming to resolving the matter.

In October 2019, the DPR had issued a 14-day deadline for the company to comply with the laid down guidelines, but this was ignored.

On July 2, 2020, Omo-Ojo lodged a formal appeal to the office of the minister of state for petroleum resources, in assisting with closure on the matter.

He, however, received a letter from the DPR on July 16, this time echoing the same frustration. In the said letter, he was advised to seek legal redress.

‘STOPPAGE OF MY SALARY AFFECTING MY FAMILY’S WELL BEING’

In a letter dated July 20 and addressed to President Muhammadu Buhari who also occupies the office of the minister of petroleum, Omo-Ojo said his welfare is being badly affected.

“The continuous flouting of the directives of DPR by ExxonMobil is, by extension, a defiance of the powers of your office both as President and as Honourable Minister of Petroleum; the supervisory body for DPR. It is beyond peradventure that ExxonMobil is in breach of the DPR guidelines,” he wrote.

“Ludicrously, it is now over 200 days that ExxonMobil has been in disobedience of DPR’s directive and DPR seems frustrated as manifest in the tenure of two letters it has sent to me advising that my case is considered closed.

“Painfully, your Excellency, I have gone through this avoidable pain for the past fifteen (15) months. The unethical stoppage of my salary and allowances is taking a serious toll on the welfare and well-being of my family; the children’s university education cannot be paid for as planned. This has a severe psychological impact on me and my family.”

When contacted, Oge Udeagha, MPNU’s communications manager, said it was a confidential matter and the company does not comment on such.

“As a matter of practice, we do not comment on confidential personnel matters,” she wrote in an email to TheCable.

Paul Osu, DPR’s spokesperson, was not available for comment.

In 2018, the Lagos headquarters of ExxonMobil was shut down by the company’s workers’ unions over the alleged dismissal of 860 security personnel without entitlement.

The protesters then accused MPNU of sacking the workers most of whom had worked with the company for over 22 years without regard for the rule of law.